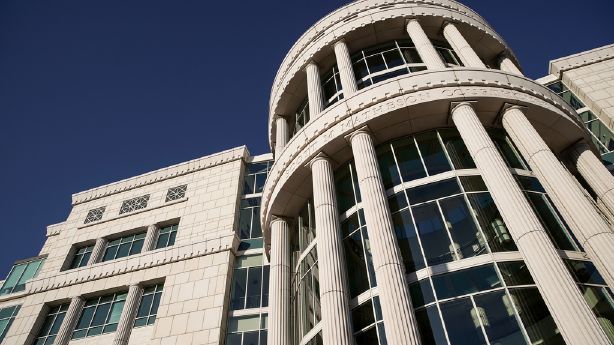 SALT LAKE CITY — Two men accused of stealing an estimated $70,000 in jewelry on Halloween 2019 have now been charged.

On Oct. 31, 2019, McWilliams and Batts entered Stroud Jewelry, 905 E. 2100 South, and acted as if they were interested in purchasing several pieces of jewelry, according to charging documents. While looking at rings, McWilliams instructed Batts “to go out to the car to get a bag that contained ’20 G’s’ because he was going to buy his girlfriend some rings,” the charges state.

When Batts returned with a duffel bag, McWilliams grabbed the owner who was helping the men and pushed him against a wall, according to the charges.

“McWilliams instructed (him) to open all the display cases so they could take everything,” the charges state.

McWilliams then pulled a handgun out of his waistband and pointed it at the owner’s face, the charges state. After taking an estimated $70,000 worth of jewelry, the men drove off in a Dodge Charger.

Police processing the crime scene found a Salt Lake City International Airport garage parking ticket and a King’s Custom Jewelers business card. Detectives learned that one of the suspects had been in King’s Custom Jewelers at 701 E. 2100 South a week before. According to a search warrant affidavit in 2019, employees at King’s feared their store was being “cased” by the men.

Salt Lake police released surveillance photos of the men after the robbery. A week after releasing the pictures, the New York City-based group Jewelers Security Alliance — a private organization that specializes in jewelry-related crimes and tracks them nationwide — contacted Salt Lake police to inform them that they “immediately recognized the suspects as being involved in a series of eight different robberies out of California over the past four months,” the affidavit states.

According to the new charging documents, McWilliams is currently incarcerated in California and Batts is also believed to be in California.