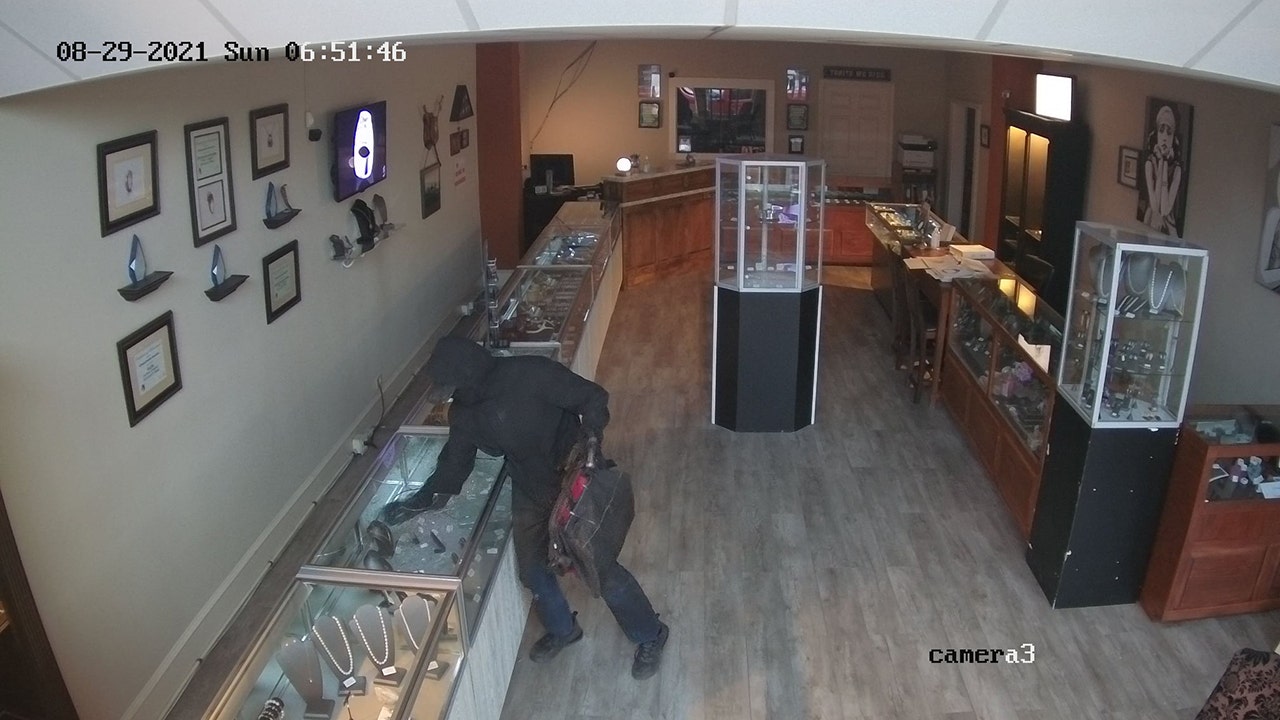 Authorities in central Arkansas are looking for a suspect who broke into a Conway jewelry store early Sunday morning and stole thousands of dollars worth of items in just 70 seconds.

The suspect broke into the store early Sunday morning dressed in all black.
(Conway Police Department)

Jeffery Brooks, the owner of Brooks Fine Jewelry, told Fox-affiliate KLRT that the suspect was in and out of the store in just a minute and ten seconds.

“Pretty obvious he knew what he was doing. The outfit that he has on was some type of material that didn’t allow him to cut himself when he was reaching his arms all the way in against that glass,” Brooks told the local news outlet.

The suspect fled in a stolen red truck that was recovered roughly 50 miles away in Lonoke County on Monday.

This stolen red truck, which was located roughly 50 miles away on Monday, was the getaway vehicle.
(Conway Police Department)

The owner said precautions were already in place, such as leaving out fake jewelry in case of a break-in, but he’s now adding bars to the windows and ensuring that all workers are armed.