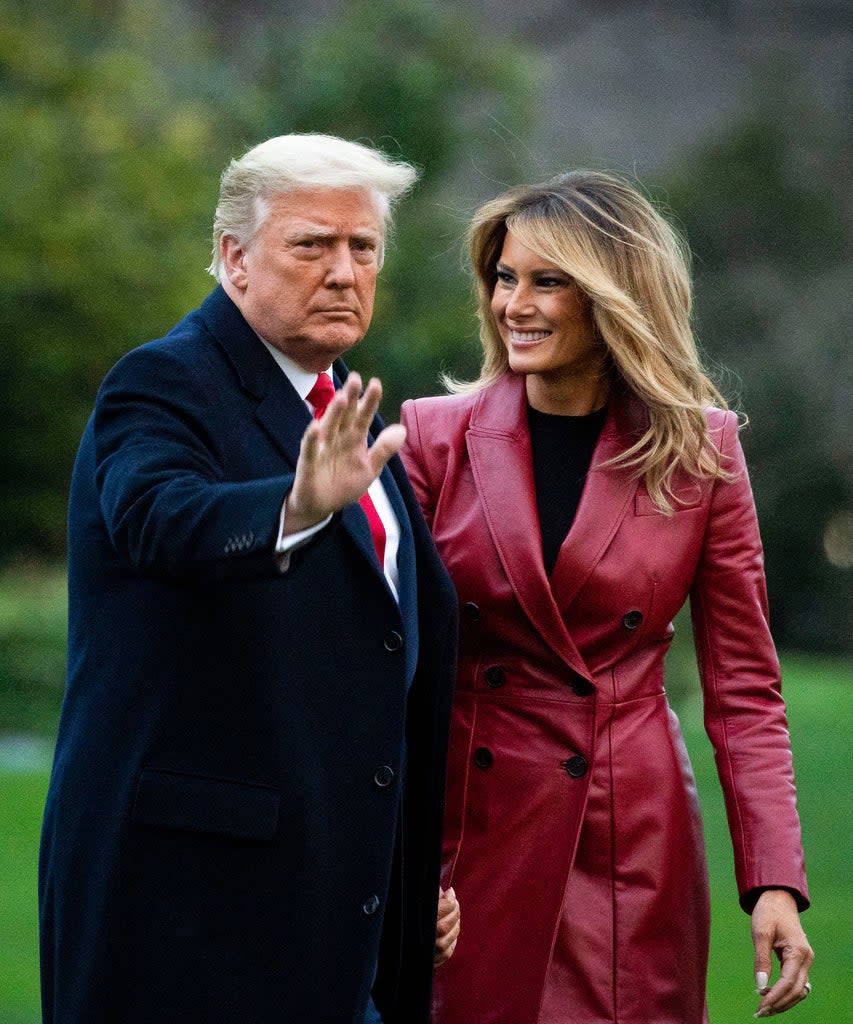 Sure, every wedding has that one guest who gets a little too emotional and starts crying and ranting to anyone who will listen about the one that got away. But for one *lucky* couple that got married in Florida last weekend, that emotional partygoer was former president Donald Trump. And the rant was actually a wedding speech about his one that got away: the 2020 election.

In a video obtained by TMZ, Trump went on to criticize the “humanitarian disaster” happening at the U.S. border, even though it was his administration that separated thousands of families under a “zero-tolerance” policy, and his administration that argued children at the border didn’t need toothbrushes, towels, dry clothing, or soap.

At one point, Trump just said: “So it’s a rough thing, and I just say, do you miss me yet?” The guests erupted into cheers.

Trump finished his speech by finally acknowledging the newlyweds. “A lot of things happening right now. I just want to say it’s an honor to be here,” he said, and then, “You are a great and beautiful couple.”

Although he hasn’t been leaving Mar-a-Lago too much these days, this might not be Trump’s last wedding appearance. This week, he launched a website that allows his supporters to invite him and former First Lady Melania Trump to events and engagements. The same site allows people to request specialized greetings and messages from the Trumps and share messages and thoughts. But this isn’t uncommon — the Obamas have a similar website, as does George W. Bush. Somehow, though, it’s difficult to imagine Barack Obama — or anyone else, really, other than your friend’s inebriated great-uncle — grabbing the mic at a wedding and rambling about election fraud.

Since he’s been forcibly removed from his social media platform of choice, Trump has had to find creative ways to speak his mind (and, more often than not, regurgitate lies about a “stolen” election). He spoke at the Conservative Political Action Conference last month, and he’s also appeared on Fox News and dropped the occasional statement via DIY presidential letterhead. “I hope that everyone remembers when they’re getting the COVID-19 (often referred to as the China Virus) Vaccine, that if I wasn’t president, you wouldn’t be getting that beautiful ‘shot’ for 5 years, at best, and probably wouldn’t be getting it at all,” he wrote several weeks ago. “I hope everyone remembers!”

Through these dispatches, we’ve been able to see that Trump is definitely having a very seamless adjustment period into no longer being president. “We did get 75 million votes. Nobody’s ever gotten that,” he said at the wedding on Saturday. (As a reminder, Biden got 81 million votes.) “They said, ‘Get 66 million votes, and the election’s over.’ Well, I got 75 million, and you saw what happened. 10:30 in the evening, all of a sudden they said, ‘That’s a strange thing, why are they closing up certain places?’”

Like what you see? How about some more R29 goodness, right here?

Cuomo Should Be Held Accountable By His Own Party