The Best Fashion Instagrams, Tweets, and TikToks of the Week 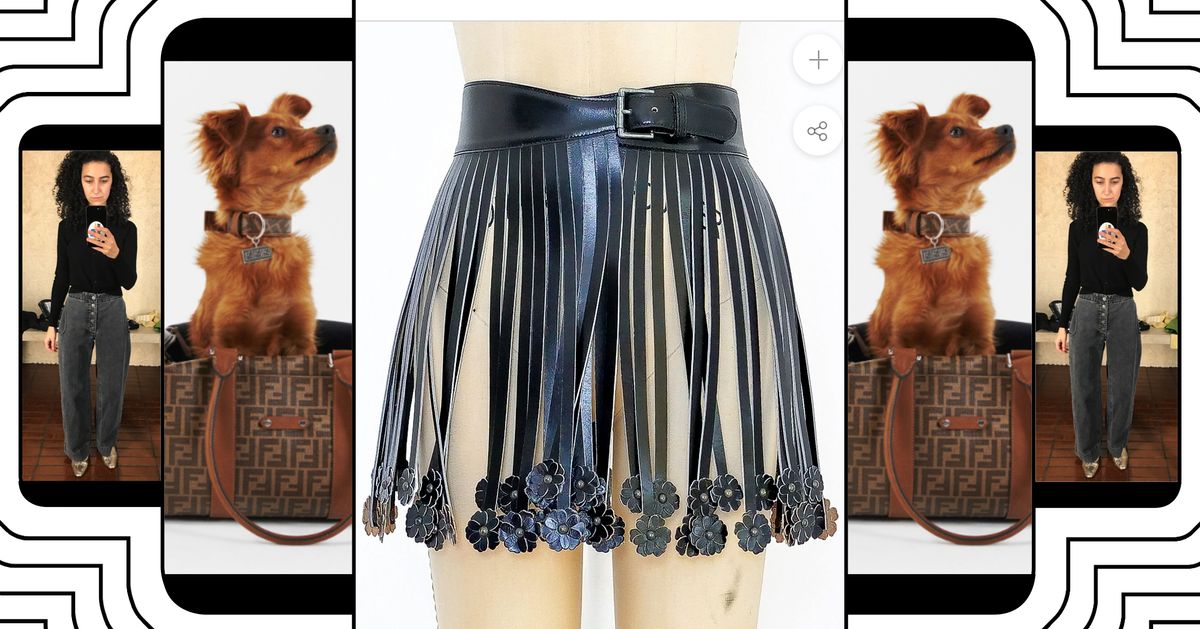 Now more than ever, people are experiencing fashion through their phones. In “Screen Time,” fashion writer Emilia Petrarca shares all the screenshots, double taps, and swipes she made this week.

Some weeks knit themselves up into a cohesive theme. This was not one of those weeks. Still, plenty of things happened: Fendi launched a line of dog accessories; Tom Ford gave an interview about desk cocaine; I found an incredible Alaia belt. Read on for the roundup.

Fendi introduced a pet-accessories line this week that includes a $2,690 logo carrier bag, a $290 dog collar, and a $420 dog leash. (But unfortunately, not the dog.)

A bunch of really hot people have been vacationing in Miami this week and I’m living vicariously through them, especially Richie Shazam, who looks simply sizzling in summery Versace prints and platform flip-flops.

I’ve watched a number of famous fashion films this year, but the one still on my list is Mahogany, the 1975 drama/romance starring Diana Ross. Maybe I’m technologically inept, but I can’t seem to find a good streaming link. (I want to see it in its full glory, preferably not on YouTube.) After a Twitter thread with some of the outfits in the film came up on my feed this week, I’m considering just buying the DVD. And a DVD player. Worth it? Please help me.

Before the release of Ryan Murphy’s Netflix miniseries about Halston this spring, Vogue’s Hamish Bowles sat down for an interview with the director and Tom Ford, who cites Halston as one of his main inspirations. Of course, Ford contributed a number of quotable lines, including the fact that there was “always cocaine on the desk” when he worked at Gucci. My favorite tidbit, though, was when he said, very seriously: “Remember: This country was founded by Puritans, and Americans have always been afraid of too much style.” Incredible. And that’s coming from the chairman of the CFDA, folks!

I missed this Pierre Cardin film when it came out last fall, but was reminded of it while watching the Margiela documentary. (As a child, Margiela made Barbie clothes modeled after Cardin’s designs.) I can’t say that this is a great watch — it’s a bit rambling and congratulatory — but there’s a lot of eye-catching footage and cool ideas about the “future.”


Everyone’s talking about Chopova Lowena skirts, which are great, but THIS is what I’d rather spend a month’s rent on.

People were fighting about jeans online again this week, but I chose not to engage with the denim discourse. Instead, I went and tried on a bunch of pairs of pants at Rachel Comey, and can confirm that BIG PANTS ARE BACK. I did not buy these because my budget would not allow it, but I would if I could. They have a sexy little tie in the back, in addition to curvy pockets.

I failed to add these to my Mary Janes market story this week because I thought they were sold out. But I was reminded to look again and guess what? They’re back! So I bought them. But I haven’t yet decided if I’m going to keep them …

I’ve purchased more Helmut Lang than any other brand this year. It makes sense: They’ve got casual basics and the kind of stuff I want to wear out on the town. Nothing says “I was really fun at Bat Mitzvahs” like a halter top.

I got my hair cut for the first time in a year last weekend, so I stocked up on conditioner while I was at it. I use this every single day, and leave it in after I shower.

3. A book of fashion history

As I mentioned above, Ryan Murphy’s Halston miniseries is coming out on Netflix next month, so I ordered his biography by Steven Gaines. I also need to go pick up my copy of The House of Gucci: A Sensational Story of Murder, Madness, Glamour, and Greed from Greenlight Bookstore this weekend in preparation for that movie, which is supposed to come out this winter.

I’m now the proud owner of an iPhone 12, and because Apple continues to dupe me with minor advancements in technology, I was suckered into buying this magnetic phone charger, which allows me to look at my phone while lying in bed without having to rummage around on my floor in the dark looking for the cord.

Like I said, I got a new phone and it’s unfortunately very nice to look at.

Get the Cut newsletter delivered daily


By submitting your email, you agree to our Terms and Privacy Notice and to receive email correspondence from us.